Invite your friends to a shimmering feast served with sparkling glass, cutlery and decorations in classic pewter. Sometimes it is nice to minimize colours and patterns, and in this table setting, stripped-down design has been in focus.

The simply designed pewter and stainless steel cutlery comes from the Italian manufacturer Cosi Tabellini – a small, family-owned firm which was founded in 1954. The company engages in small-scale, artisan production of pewter goods, ceramics and glass in the Italian city of Brescia. The cutlery series includes, among other pieces, dinner forks, coffee spoons, dinner spoons, meat knives, dessert forks and desert spoons.

Craftswoman, ceramist and designer Signe Persson-Melin has had one of the longest careers in Sweden’s design world. She decided to become a ceramist in the early 1940s when she was just a teenager. Now she has designed many things for Svenskt Tenn, including the ”Streck” plate and the ”Myrten” collection.

In Svenskt Tenn’s table setting, the scaled-back form takes pride of place. The teapot, the cream jug and the coaster were designed by Signe Persson-Melin for Svenskt Tenn’s 80th anniversary in 2004, in honour of Estrid Ericson. It was the first time she had worked in pewter, and she quickly realised the relationship between the material and clay. The soft, embossed myrtle pattern demonstrates that Signe’s ceramic designs were directly transferable to the pliant pewter. She later produced the ‟Streck” plate for Svenskt Tenn, as an addition to the original service.

For the table setting 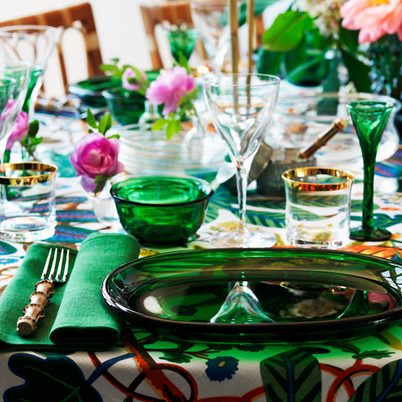 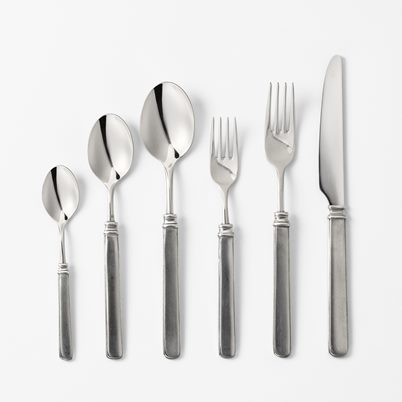 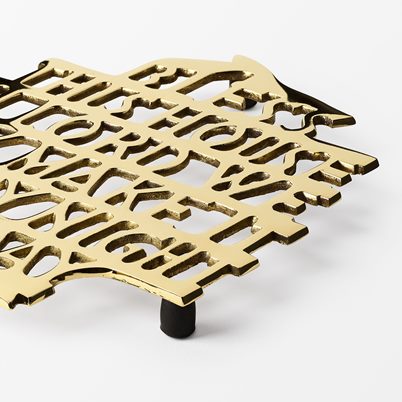 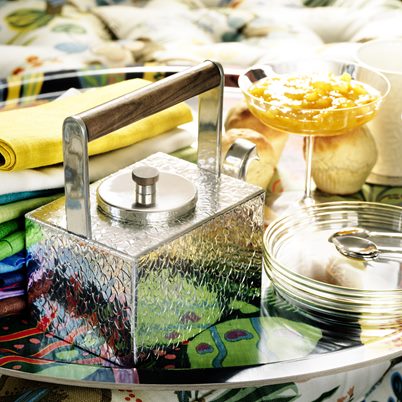 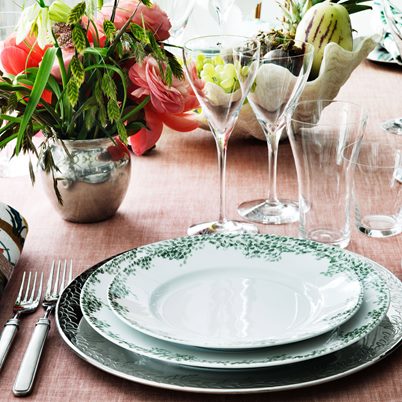 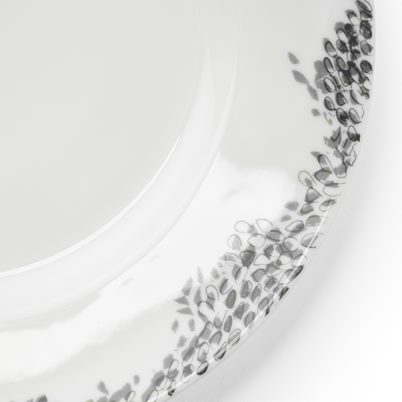 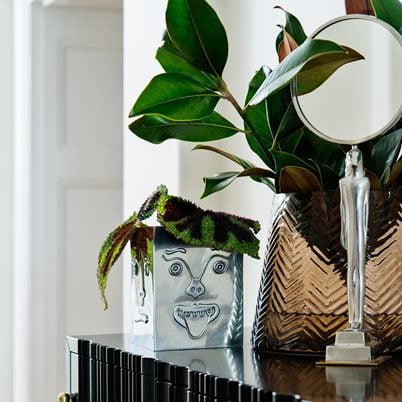 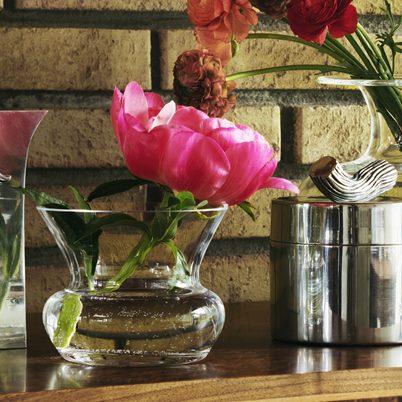 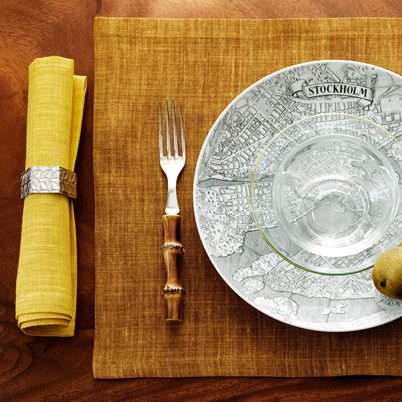