Erik and his wife Inger founded the workshop in Västergötland in 1979. Today their son Oskar and two other young employees work in the metal workshop, which is one of the few remaining pewter artisan workshops in Sweden. Located on the same site as the couple’s home next door to a farm between Lakes Vänern and Vättern, this family-owned business manufactures Svenskt Tenn’s most advanced pewter and brass products, including, in addition to Estrid Ericson’s urn, Anna Petrus’ pewter lions and Josef Frank’s candlestick, The Friendship Knot.

The craftsman smooths the edges of the carpet by hand with scissors.

There is something balletic about the production in Sweden’s oldest carpet factory. Kasthall has woven and tufted carpets since 1889, and Fredrik, who shoots in the wool in the fabric with a tuft pistol, contribute to this impression. Both his and the other tufters’ lifts move rhythmically as the work progresses upwards on the large, stretched fabrics.

When the tufting is completed the carpet’s stitches are sealed with water-based glue which also helps to retain the carpet’s shape. To the wet glue an additional protective fabric is applied which makes the carpet more stable.

Fifteen hours later the carpet is dry and cut from its loom. An edge of the tuft weave is folded by hand on the back of the carpet in order to give it a stable finish. A plane is run along the carpet pile, in order to ensure that the surface is as smooth as possible. The craftsman also smoothes the edges of the carpet with scissors before vacuuming it. Lastly, the carpet is marked with a leather label signed by the weaver or the tufter.

Erica Larsson directs a gas flame to a rattan stick and allows the fire to lick the stick for a few seconds before bending it with a tool that resembles a rounded iron pipe. Dabbing the bent stick with water in order to close the pores of the wood and allow the mould to settle, she says: “Rattan is a pliable material.” 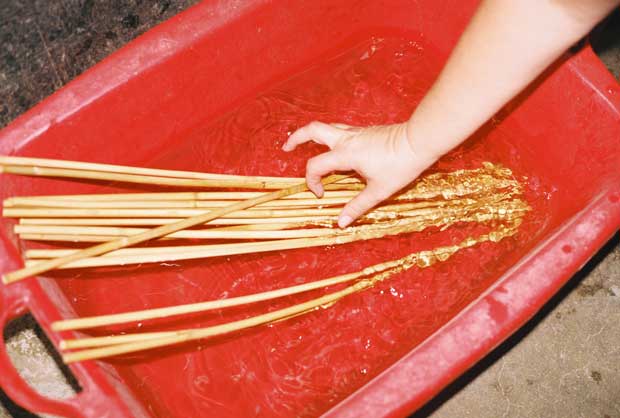 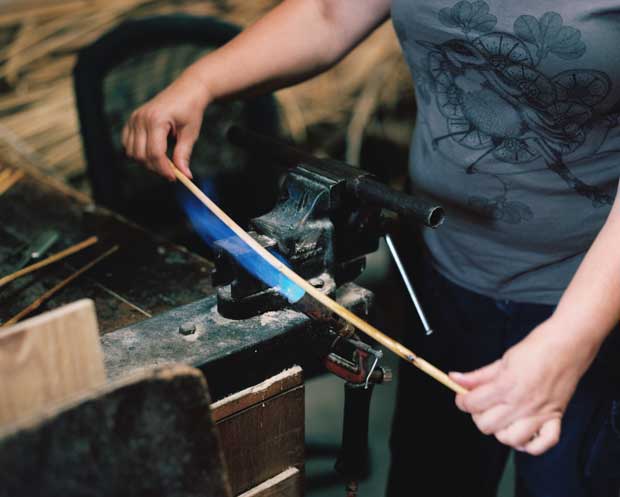 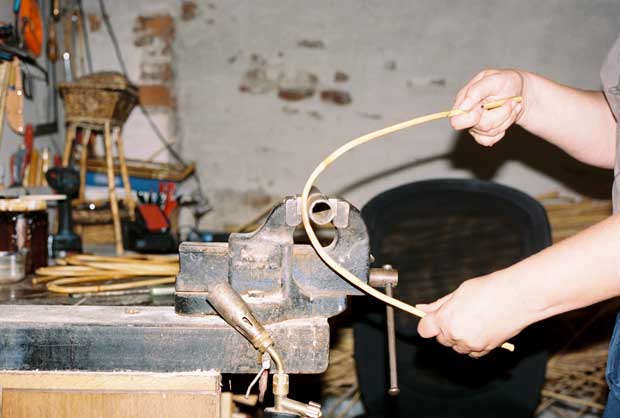 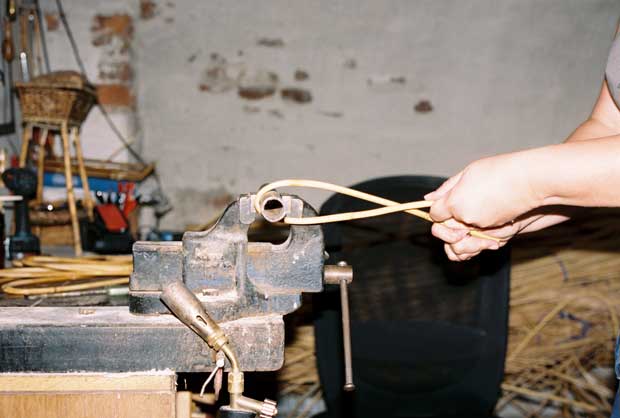 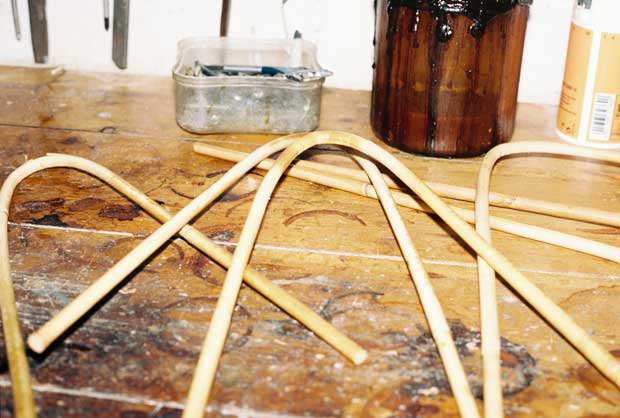 Erica’s grandfather, John, initiated the collaboration with Josef Frank, the family company has a history that goes even further back. In 1903 Erica’s grandfather and uncle moved from Västerås to Stockholm to found the company Larsson Korgmakare. Today Erica and her colleague Lasse manage the production.At times Erica’s ten-year-old daughter helps out. However, it is far too early to predict whether there will be a fifth Larsson generation in the workshop.

Eriksson & Söner Cabinet Makers in Vrena combines high technology with a craftsmanship matched by few. In the centuries-old building, you might see Åke Larsson hand-turning a table leg for a Josef Frank table – a skill that very few people in Sweden possess. In an adjoining room boards are finished with veneer for Frank’s table. This is also a procedure that requires great skill in all stages – fixing and gluing veneer for a single table can take an entire working day. 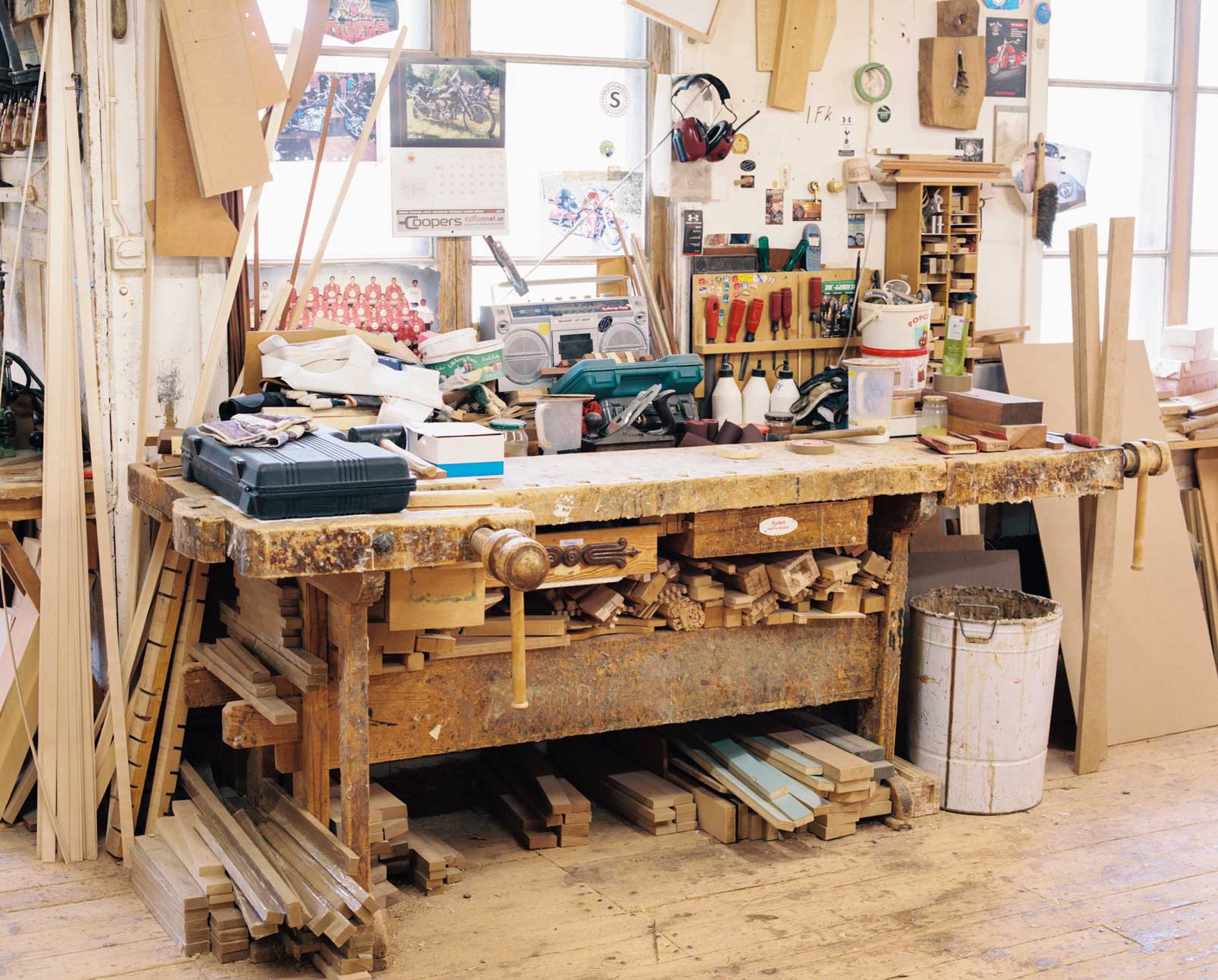 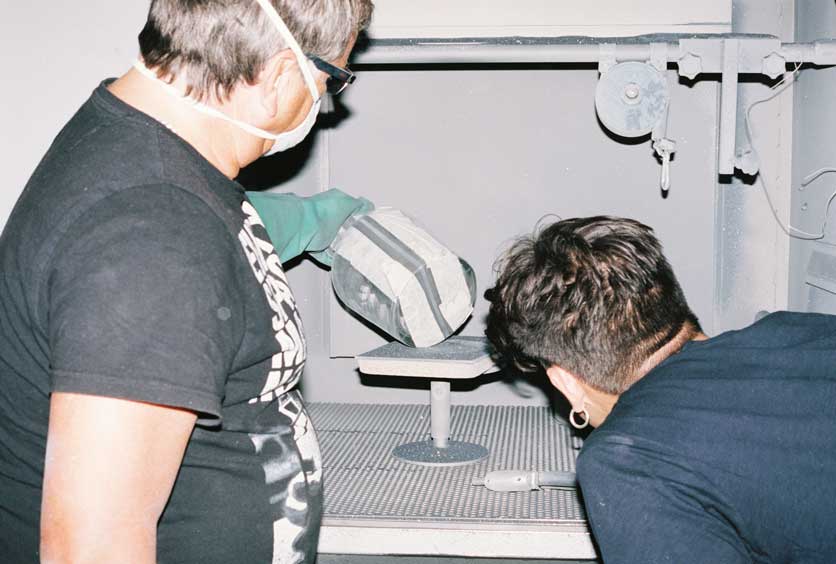 It is 30 °C inside the foundry and most of the workers are wearing shorts. The more than 1,000 °C molten glass mass and the concentration required when working with the old-school drive method contribute to the high temperature.

Ronnie captures the glass mass on the end of a glass blowing pipe from the oven, and smoothes it against an iron plate. Then he blows a small bubble, which is cooled down to 800 °C before additional glass mass can be captured from the crucible. The glass mass is shaped and smoothed using wooden tools, before it is blown in a wooden mould.

A long iron rod is attached to the bottom and the vase is knocked away from the glass blowing pipe. Now a master glassblower takes over and by hand gives the vase its final form. The piece is then placed on the cooling pipe. It takes several hours to cool.

Reijmyre Glasbruk dates back to 1810. CEO Ulf Rosén grew up at the glassworks. His father, Lennart Rosén, owned it from 1950-75 and his grandfather and an uncle also worked in the industry. 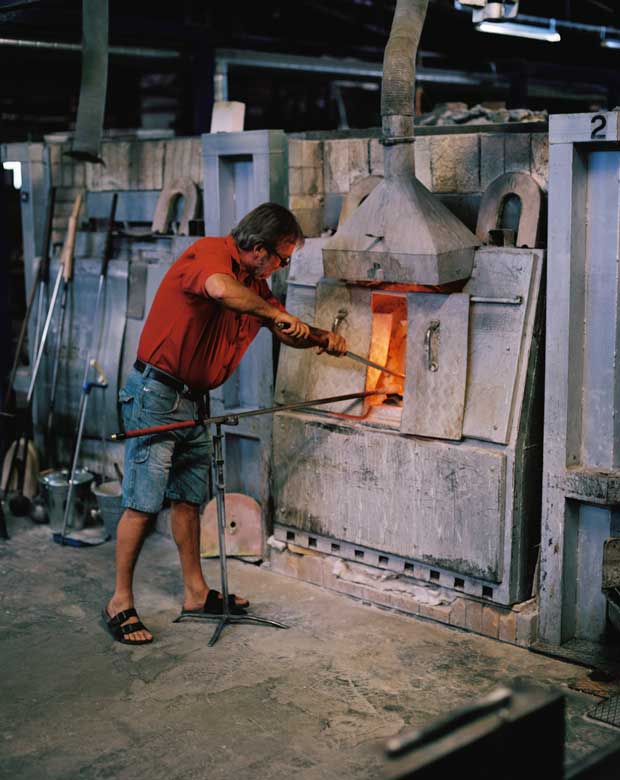 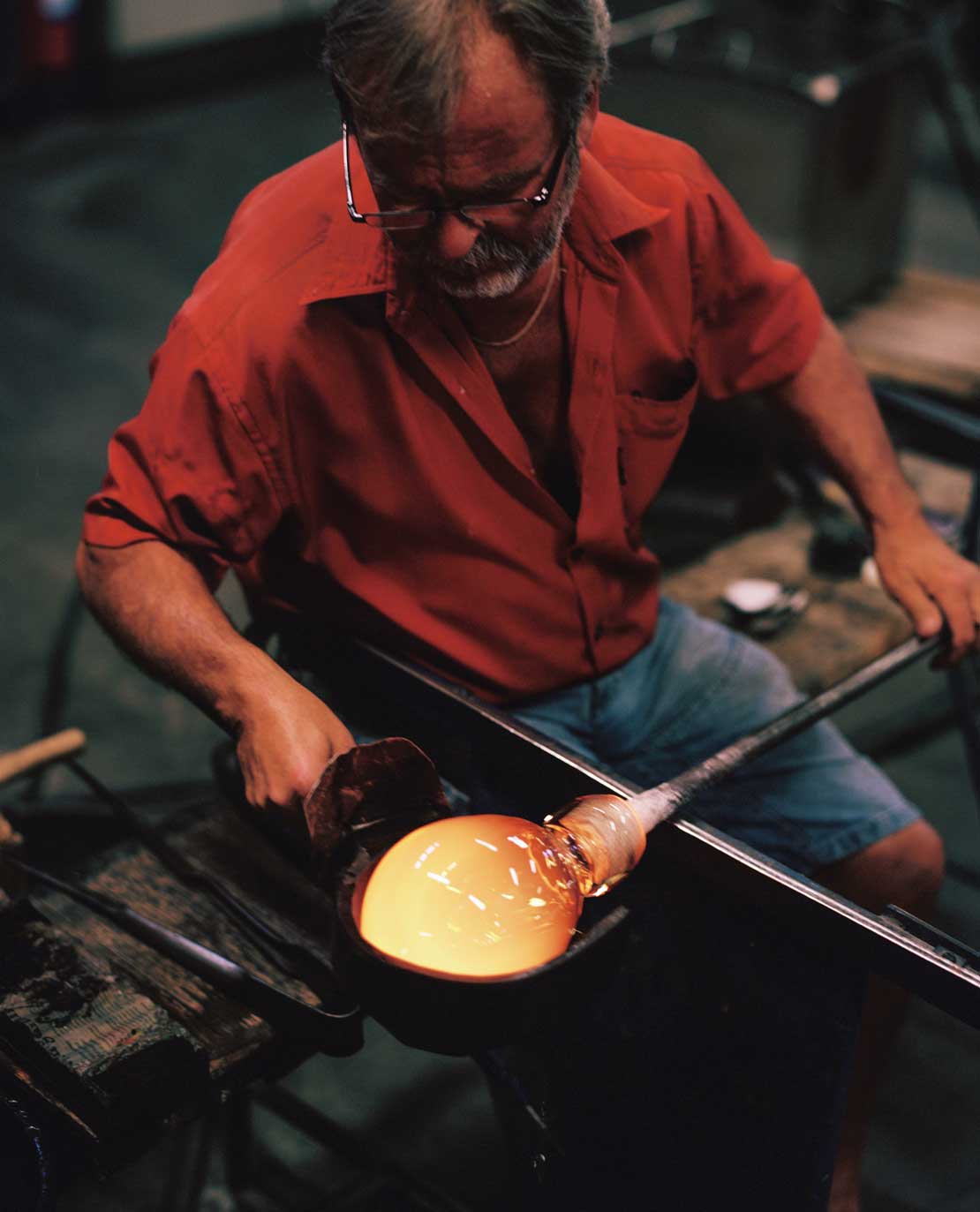