Svenskt Tenn AB uses cookies. a cookie is a small file of text that is stored on your computer and contains information that is used to improve the website for you.

Cookies are used both for making the website work correctly and for avoidance of giving repeated information and in order to facilitate log on to various services.

There are two types of cookies: A permanent cookie is stored as a file on your computer to adapt the website according to your wishes, preferences and interests, or to identify if you have previously visited the site. Session cookies are sent between your computer and the server while you visit the website and they disappear when you close your web browser.

You cannot opt out from cookies that are necessary for the website to work. However, you can choose whether to accept cookies designed to improve the user experience for the website. That is, cookies that are used to customize the site according to your wishes, choices and interests, and remember that you've visited the page before or meant for avoidance of giving repeated information. You can later change your cookie settings by changing settings in your web browser so that cookies are not accepted.

Eva Schildt’s side table “Oolong” is a salute to both Estrid Ericson and Josef Frank. Not only does the table’s name allude to Estrid Ericson’s enthusiasm for tea drinking (Oolong is a type of tea), but its lines also have a lightness that is consistent with how Svenskt Tenn’s founder wanted her surroundings. Similarly playful and nature-inspired shapes reappear in Josef Frank’s flower table “942”, created just before Frank moved to Sweden in 1933, but produced for the first time in 2013.

The woven “Vienna” carpet was influenced by Josef Frank’s Vienna and the city’s blossoming cultural life around the turn of the last century.

“The artist Gustav Klimt often painted flat backgrounds with seemingly two-dimensional chess squares and circles. This was one of the sources of inspiration for ‘Vienna’,” says Eva Schildt.

But it all started with her discovery of the double weave technique. With that, the carpet’s random expression, with miscellaneous squares in different sizes, was made possible.

Eva Schildt grew up on an island in Stockholm’s archipelago and the sea and barren archipelago environment are constantly in the back of her mind. She started her own company immediately after graduating in furniture and product design at Beckmans College of Design in 2001. Since then she has worked with everything from furniture and textiles to packaging, interior design and curating, often with inspiration from nature and elements of both humour and multi-functionality.

Take, for example, the candle ring with multiple circles that, in addition to being decorative, casts fantastic shadows on the table below. Or take the little bowl-shaped extension on an outdoor table that transforms dull, rainy weather into a party for birds. Or a garden bench that doubles as a trellis.

In Eva Schildt’s hands, the blooming Lady’s Mantle outside her studio window is transformed into a room divider. When she designs a vase, there might be a mesh in the bottom so that when filled with flowers, it resembles a meadow. When she designs a doorstopper it can be shaped like an acorn. Made of cast iron and weighing 3.5 kg, “Ekollon” or “Acorns” is hardly suitable for squirrels, but ideal for anyone who needs a solid doorstopper or bookend.

“Why should a product look like a product? If it retains its function it may as well look like a sculpture,” Eva argues.

Some years ago she heard the world-renowned architect Daniel Libeskind who, among other things, designed the spectacular Jewish Museum in Berlin. He said something along these lines: “You can’t be ambivalent if you are going to create something. In order to make what you’re doing really good, then it must be charged with positive energy.”

“I think that he is quite right about this,” says Eva. “Behind all creations there is a human being and an experience. As a designer, if you really want to touch someone you have to dare to express yourself without the fear of seeming commonplace. Only then is it possible to make items that people want to keep for a long, long time.” 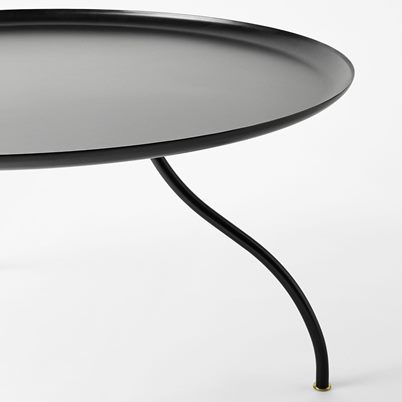 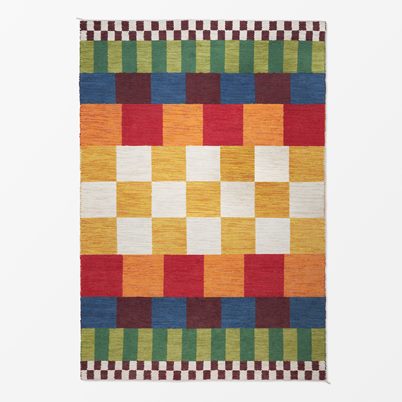 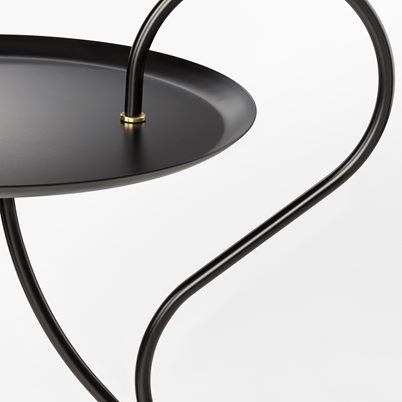