Harri Koskinen was born in 1970 in Kartsula at the Finnish countryside. Today he is known around the world as one of our great contemporary Nordic designers and he has won a large collection of prizes and awards both nationally and internationally. In 2004 he received the prestigious Italian design prize, Premio Compasso d’Oro, for the “Muu” chair, which he designed for Montina. The Pro Finlandia prize became his in 2007 and in 2009, he received one of the world’s most prestigious design prizes by the Torsten and Wanja Söderberg Foundation, which is awarded annually at the Röhsska Museum in Gothenburg.

In conjunction to the Stockholm Furniture Fair in 2017, Harri designed a table lamp, a floor lamp and a tray exclusively for Svenskt Tenn. 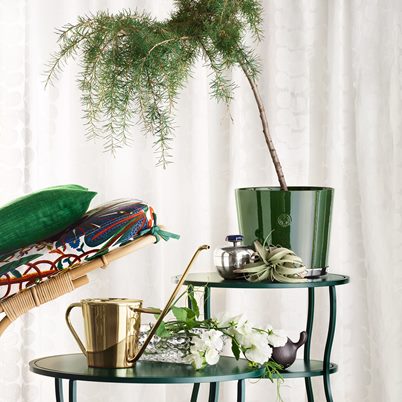