If the term “cabinet table” existed, it would be a good description of Per Öberg’s collaboration with Svenskt Tenn. The coffee tables “Nizza and “Cap d’Antibes”, with a glass top framed in metal and pull-out trays, are a salute to Estrid Ericson and her enthusiasm for cabinets. But it is just as much an expression of Per Öberg’s ever-present interest in history.

“Tables with pull-out trays were especially common in the 1940s,” says Öberg when we visit him at his office near the Svenskt Tenn store on Strandvägen. “Josef Frank’s three-legged tables and the way he has them hug the table top were also in mind when I designed the tables.”

Öberg is an architect who started his own business in 1983. He has worked mainly with hotels, restaurants and spas, and over the years been involved in everything from new buildings to renovations, interiors and furniture. Stockholm’s Sturebadet and the Grand Hotel’s spa are among his contributions.

Already in the 1980s, Öberg designed a chair for Confidencen, Sweden’s oldest theatre, which was once the riding stable of Oscar II, later transformed into a theatre by Kjerstin Dellert. Anders Wall was among the sponsors and the chair, which was woven with birch plywood, led to valuable contacts within handcrafted furniture.

But Öberg’s first collaboration with Svenskt Tenn began when he designed a table for Jeanette Bonnier, whose summer home he had decorated in the 1990s. It was decided that the table could be used elsewhere as well. Someone at Svenskt Tenn happened to see it and got hooked on the black lacquered metal tray that now rests on a meander loop patterned wrought iron base.

“The meander loop is truly a pattern with a history,” says Öberg. “It is named after the winding Menderes (Meander) River in Turkey and has been used since ancient times.”

The table names of “Nizza” and “Cap d’Antibes” also reveal quite a lot about the person behind them and his interest in history. Wrought iron furniture is common on the Riviera where Per spends part of the year in the city that now goes by the French name Nice, but was once a part of the Kingdom of Sardinia. 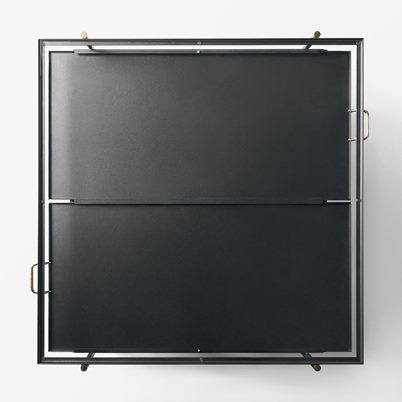 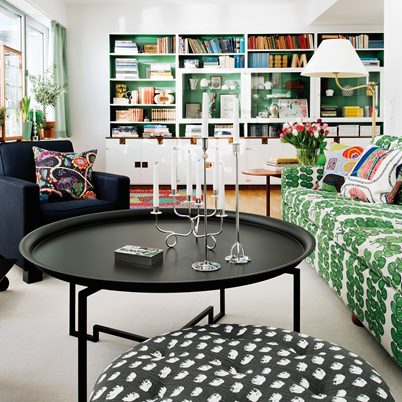 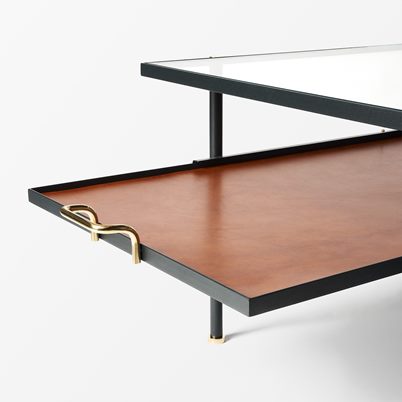 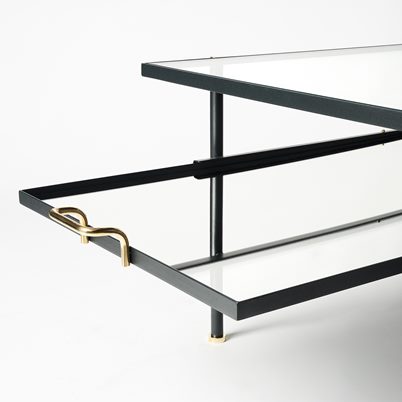