Read about Baranquilla - Svenskt Tenn Online
Do you want to shop as a company? Click here to get to Svenskt Tenn Business
Skip to content

“In Baranquilla, four lovingly detailed lianas are crafted into a beautiful whole full of lush fruits, flowers and leaves. It is without doubt one of Josef Frank’s most accomplished textile designs.”

In 1933, the Austrian architect and designer Josef Frank fled from the rise of Nazism to Sweden and Svenskt Tenn. Eight years later, in the midst of world war, he went into exile once more fleeing with his wife Anna to America. They travelled through the Colombian port city of Barranquilla and reached their final destination of New York in December 1941.

It was here that many of Josef Frank’s imaginative designs, with trees of life growing freely, flowers and fruits took form. One of these lush patterns was Baranquilla – which was designed around 1943-45 and was named after the port city on the Caribbean Sea.

The design was displayed in the “Baranquilla” exhibition at Svenskt Tenn, in the interiors created by the renowned Austrian architect and Josef Frank authority, Claudia Cavallar. 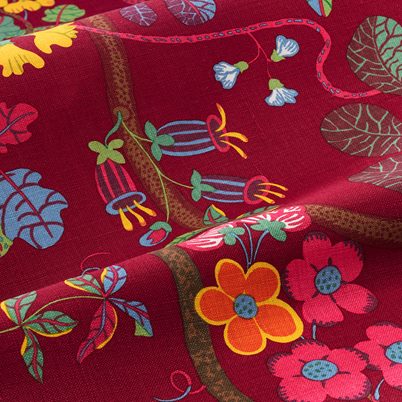 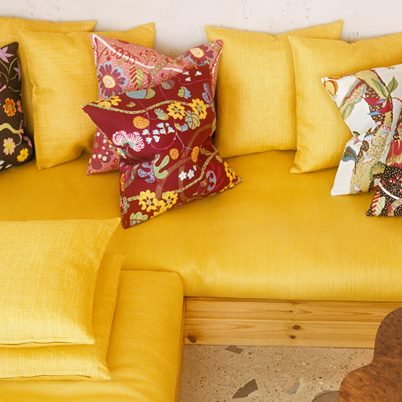 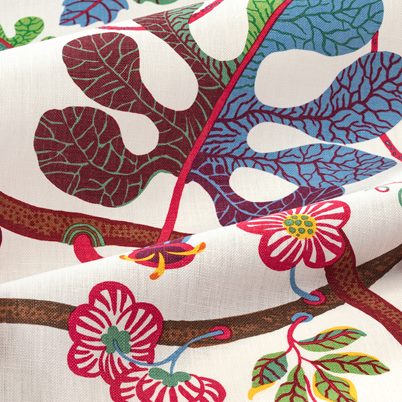