Piero Fornasetti’s unique design and distinctive creations are well known worldwide. His collaboration with Svenskt Tenn began as early as in 1946.

Piero Fornasetti’s unique design and distinctive creations are well known worldwide. His collaboration with Svenskt Tenn began as early as in 1946.

Out of stock
Other variants Show quick view
Fornasetti

In stock
Go to page:
1 (this page) , , 2 , , Next ,
Fornasetti is a well-known company whose products and patterns are unique and easily recognised. Fornasetti currently produces everything from furniture to paper baskets, umbrella stands and trays. The patterns motifs consist of, among other things, quirky symbols, air balloons, umbrellas, hats, fruit, fish, black and white house facades, architecture and female faces.

One of Fornasetti's most popular and recurring patterns is that featuring the Italian opera singer Lina Cavalieri. Her mysterious and playful facial expressions adorn everything from wallpaper, saucers, boxes, scented candles, cushions and plates in Fornasetti's collections. Altogether, there are over 400 variants of Lina Cavalieri's portrait among Fornasetti's objects.

All of Fornasetti's furniture and interior details are manufactured by hand in their studio in Italy – in the same studio as they used when the company was first founded. Here, experienced and skilled craftsmen use the same techniques as back then. The colours are also applied by hand, always based on the original patterns. Fornasetti's studio is, in other words, an outpost of accurate and perfectioned craft production.

Italian artist and designer Piero Fornasetti was born in 1913. His interested in design began in an early age. He read many books about the subject and studied historical etchings and lithographs. In the early 1930s, after returning home from an inspirational trip to North Africa, he began to print silk scarves. The scarves were recognized by the renowned architect and designer Giò Ponti, and a collaboration between the two emerged. Giò Ponti designed furniture and furnishings that Piero Fornasetti adorned.

Svenskt Tenn’s founder Estrid Ericson and Piero Fornasetti were friends and had the highest respect for each other’s creativity. Their cooperation started as early as in 1946 when Fornasetti produced the ’’Stockholm plate’’ for Svenskt Tenn, with a map image designed by Josef Frank. That’s how the Fornasetti brand was first introduced in Sweden. Over the years, the collaboration developed, and in November 1964, Piero Fornasetti sent a letter to Estrid Ericson, describing her as a great source of inspiration.

Piero Fornasetti's work was mainly inspired by classicism and his style was classic yet unconventional and crossed over trends and times. Altogether, he created over 13,000 product sketches during his career.

In 1988, at Piero Fornasetti’s death, his son Barnaba took over the family business. An abundance of important motifs has emerged from the Fornasetti archive thanks to Barnaba’s skillful tenacity and dedication. The Fornasetti Atelier in Milan is currently managed by Barnaba, who has successfully maintained in-house production, revived as well as reinterpreted his father’s designs. Barnaba also works in collaboration with specialised companies who are entrusted to produce licensed products under the Fornasetti mark.

Today, Fornasetti items are immensely popular and Piero is considered one of the 20th century's foremost creative talents. The majority of the furniture and objects produced in the Atelier are true re-editions of the original designs created by Piero Fornasetti. Objects referred to as ‘re-inventions’, are designs created by Barnaba Fornasetti using the decorative elements and imagery found in the immense Fornasetti archive and are evolutions of the exclusive production of his father. 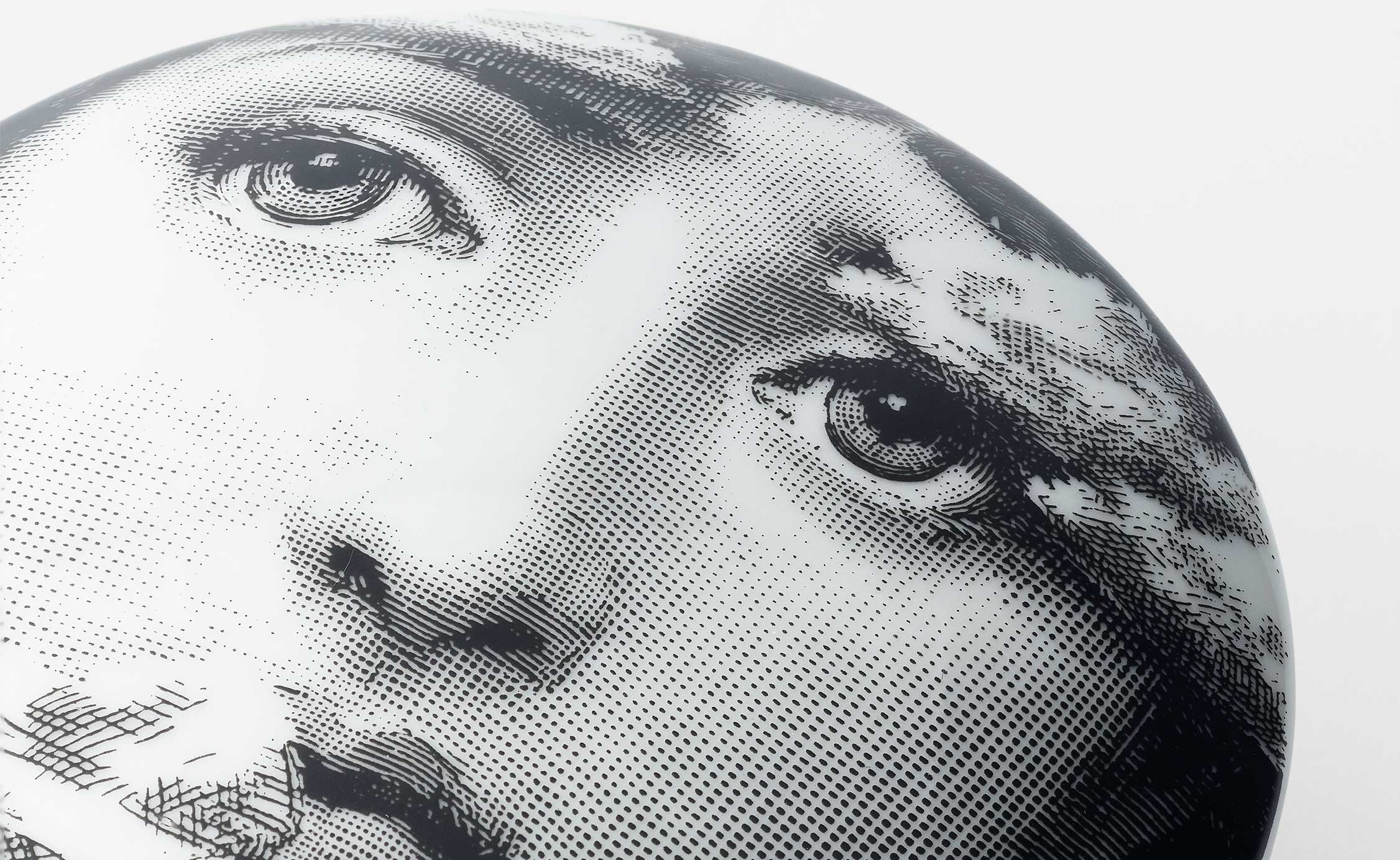